The Institute has a number of well-equipped laboratories, which allows to operate at various levels of the process of research and technological innovation. The “Facilities” section of the website offers a complete and detailed tour of these valuable resources.
In addition to this, ICMATE wants to propose a journey that, from week to week, will lead to the discovery of its vast technology park.

he Laser Laboratory consists in a mix of expertises and facilities for studying the laser beam/matter interaction and developing both conventional and advanced laser processes. The approach of research regards both investigations mainly concerning the effect of laser interaction on the material properties, as well as the implementation of different processes, like cutting, welding, drilling, thermal treatments, … etc. The equipment present in the lab, flexible for testing different processes, is characterized by an active fiber laser source, able to emit in continuos wave (CW) up tp 300W and in pulsed wave (PW), generating pulses of few millisecond and up to 3 kW peak power. The laser beam is focused down to 100 μm as minimum diameter using a cutting head, equipped with a coaxial nozzle for the adduction of shielding gas. The relative movement among the laser beam and the sample/workpiece is actuated and controlled by a 2 D cartesian motion stage (250 mm x 250 mm). 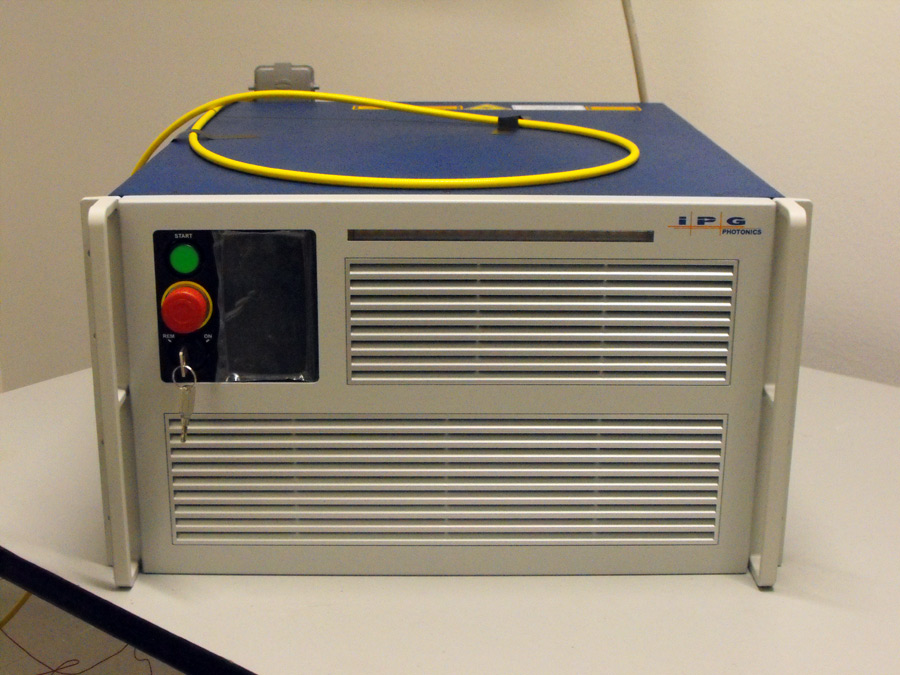 Some ad hoc devices were designed and realized for making innovative laser processes. For instance, a sample holder, as framework of a master degree thesis in Mechanical Engineering, has been realized for implementation of a thermo-mechanical treatment, called shape setting, on thin Nitinol wires. Its main peculiarity is due to the application of axial load to the wire during the laser thermal treatment, thanks to the presence of a high precision load cell. 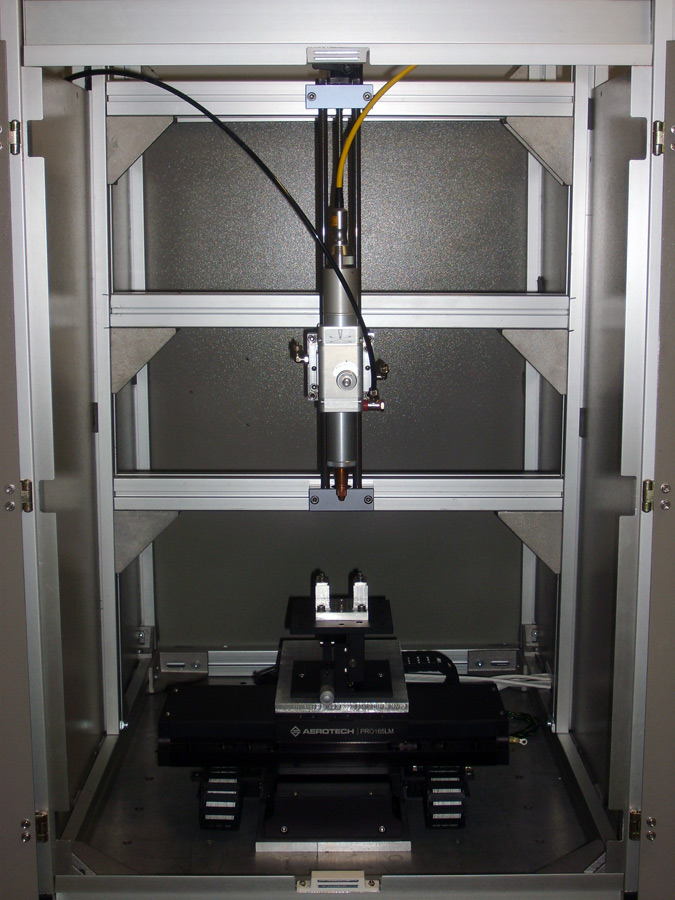 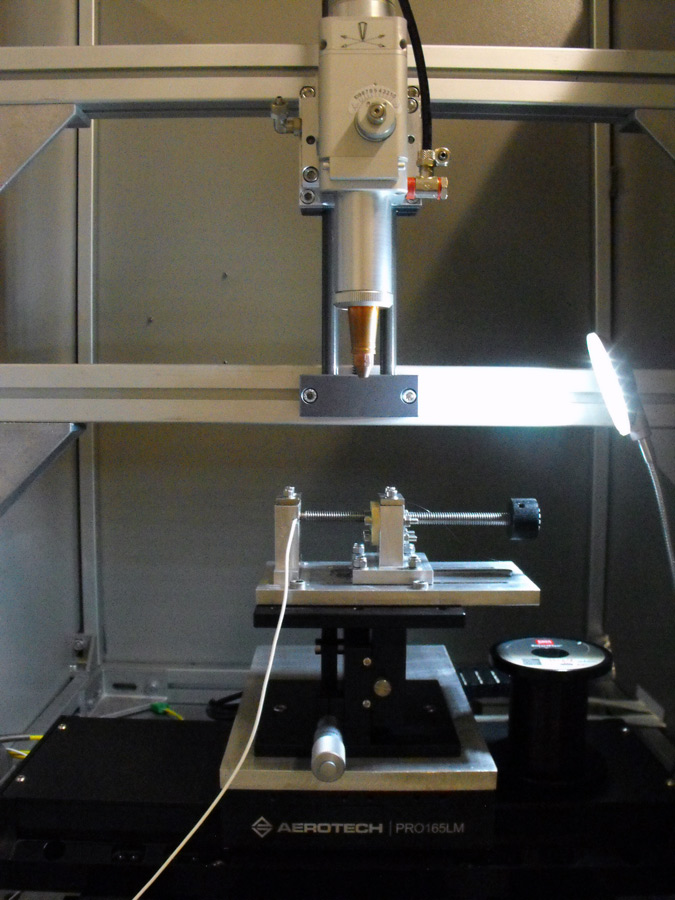