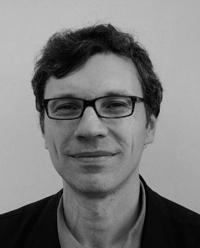 Stefano Zapperi is Professor of Theoretical Physics at the University of Milan, where he coordinates the Center for Complexity and Biosystems, and Research Leader at the ISI Foundation in Torino. After graduating in physics from the University of Rome “La Sapienza”, he obtained the Ph. D. in physics in 1998 from Boston University, was postdoctoral fellow at ESPCI. In 2000 he obtained a researcher at position at INFM first in Roma and then in Modena and from 2010 to 2015 he was first researcher at IENI-CNR in Milano. He is an expert in the statistical mechanics of non-equilibrium complex systems and has worked in fracture, plasticity, friction, magnetism and biophysics. In 2004 he received the Marie Curie Excellence Award and in 2011 an Advanced Grant from the European Research Council.