We can perform electrical characterizations of different nature, mainly of materials having ionic conductivity and of thermoelectric materials, as well as of devices based on these materials. For the materials having ionic conduction, such as those used for fuel cells or ceramic membranes for the separation of gas, we typically use Impedance Spectroscopy and IV curves to study electrolytes or cells/half-cells mounted in a test rig that allows to control the temperature (up to 1100 °C ). A proper power supply line equipped with mass -flow controllers and humidifiers allows controlling the atmosphere (oxidizing or reducing in the case of cell testing) used for the measurements. The measurements are performed typically with a Potentiostat/galvanostat.

The functional characterization of thermoelectric materials is performed by measuring the thermal conductivity (Laser Flash Thermal Diffusivity) and their electrical properties, electrical conductivity and the thermoelectric power, or Seebeck coefficient. The electrical properties are measured with a device specially designed and built in our laboratories that allows the simultaneous determination of both quantities. The measurement, typically carried out in an inert atmosphere, can be performed up to high temperature (800 °C). The electrical conductivity measurements are performed by means of an instrumental configuration with four wires using a generator coupled to a Keithley 6221 Nanovoltmeter 2182, which is used also to measure Seebeck coefficient. The apparatus and the measurement procedure is controlled via LabView through a CompactRIO platform.

Other test stations have been developed to measure contact resistance and to test thermoelectric modules. In the first a tungsten carbide microprobe (controlled with micrometric movement and stereoscopic microscope), measures the resistance in 4-wire configuration to vary the position of the probe, allowing for example the determination of the contact resistance between the thermoelectric material and an electrode. The test station for thermoelectric modules allows measuring the electrical properties (electrical power), and thermal (heat flux through the module) of devices subjected to a temperature gradient, allowing the determination of their thermoelectric conversion efficiency. The modules, with 60 mm side maximum dimension, are placed between a heater, which allows to reach 600 °C, and a water-cooled cold side. The mechanical pressure exerted on the module is controlled with suitable load cells. An array of thermocouples on the column is used to measure the heat flow. The whole apparatus is placed in a vacuum chamber that allows carrying out tests in vacuum or inert atmosphere. A window, transparent in infrared region, allows monitoring the measures through thermography.
We can also perform a series of other electrical measurements, such as 4 probe method, with Van der Pauw technique, measurements of dielectric constant, determination of the carriers by means of Hall measurements, etc. 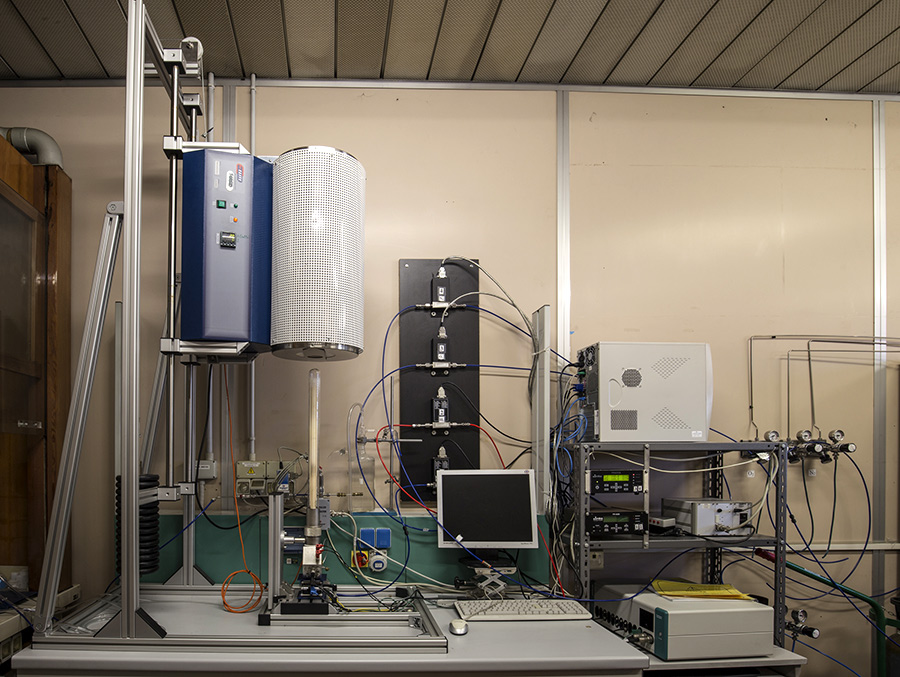 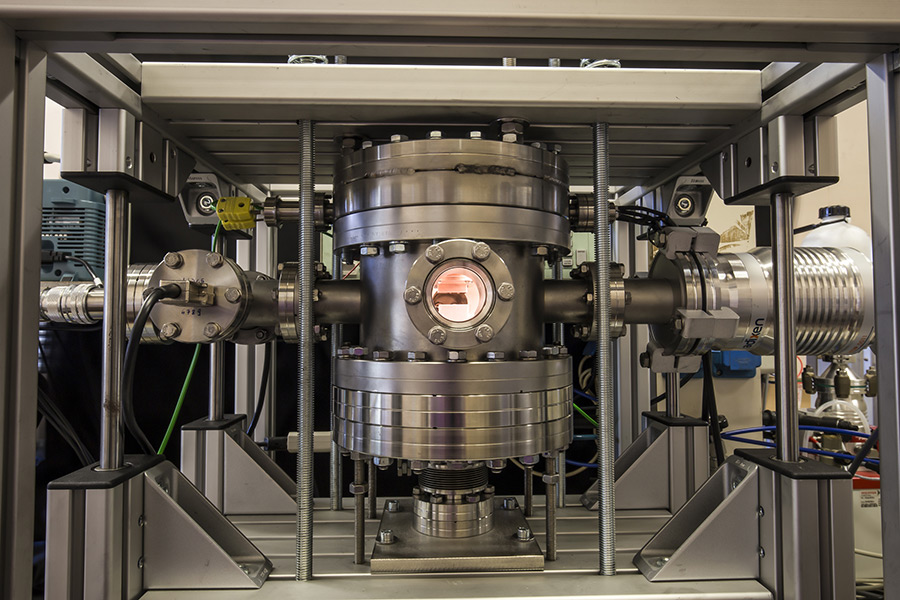 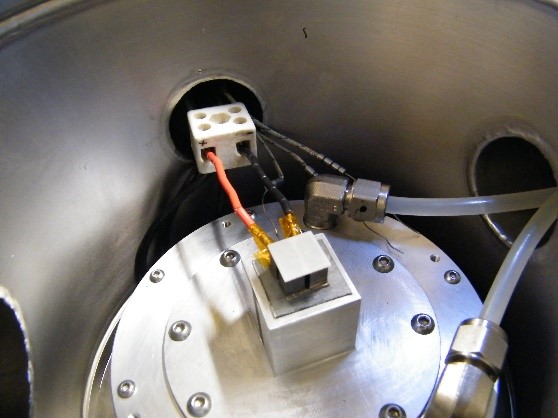 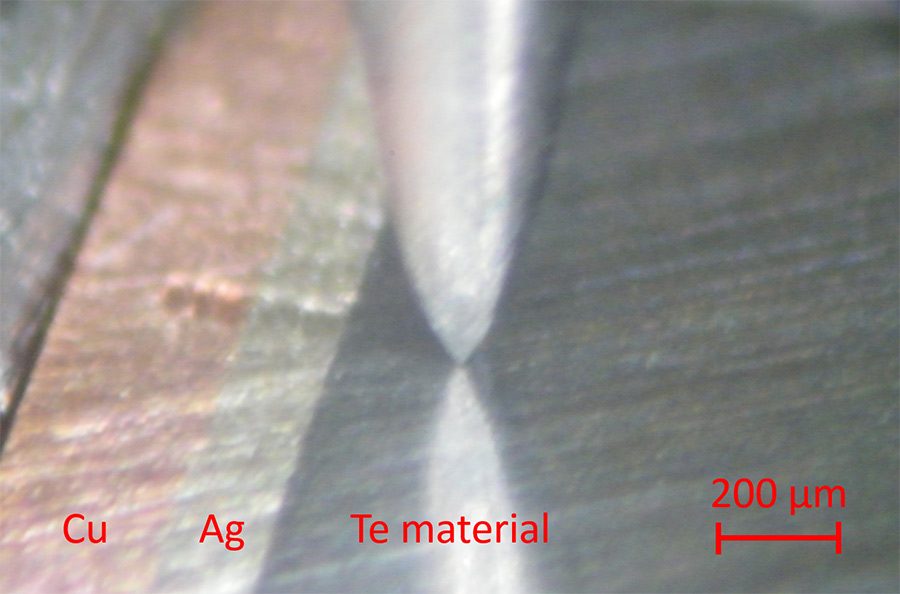