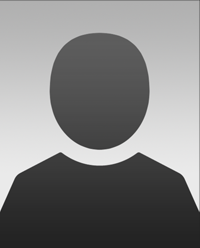 Bachelor's Degree in 2007 and Master's Degree in 2009 in Biomedical Engineering at the Politecnico di Milano and PhD in Bioengineering in 2017. After the Master's Degree he started as a research fellow in 2010 at the CNR IENI (today ICMATE) with research activity on the topic of motor and postural rehabilitation, following projects in the field of design and development of dynamic orthoses with pseudoelastic and shape memory alloys to support the rehabilitation of pediatric patients suffering from neurological diseases. He has developed further experience in the field of materials technology, in particular in the optimisation and fine-tuning of the properties of metallic materials and their multimodal characterisation, also collaborating in the design and implementation of innovative and specialised tools for monitoring and improvement of treatments on metallic materials. This research activity has continued over the years giving rise to related researches such as customisation through innovative techniques for anatomical-surfaces acquisition, the creation of functional elements with SMA alloys and interfaces with customised polymeric materials, the development of integrated sensors in the orthoses to monitor the activity and rehabilitation process of the patients. These activities were the basis for the PhD project in neurorehabilitation, which, from 2014 to 2017, he developed in parallel with the research activity at the CNR and it has been conducted in collaboration with IRCCS C. Besta of Milan and the Politecnico di Milano.

Since 2018 he became a researcher at the CNR ICMATE of Lecco, carrying out research activities on the design and applications of shape memory alloys in neurorehabilitation and expanding the spectrum of applications also to the Sports Science where, the evolution of wearable sensors to monitor the rehabilitation activity and customised wearable devices, they have also found application in the monitoring of motor activity in order to improve sports performance. He has also collaborated on several research projects conducted at the ICMATE Institute, in the field of Material Sciences, in particular the study and characterisation of shape memory alloys for applications in the biomedical sector.

He is co-author of about 15 publications in magazines and numerous communications at international conferences.